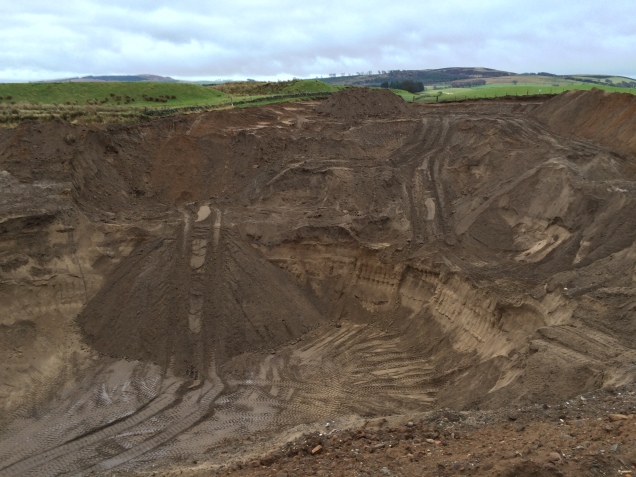 In December 2016 Scottish Ministers confirmed their decision to reject Cemex’s application to extend Hyndford Quarry (pictured) into the Buffer Zone of the New Lanark World Heritage Site at the Falls of Clyde (but to allow a smaller extension outside it).

On 17 January Cemex lodged an appeal at the Court of Session, on the ground that Scottish Ministers’ reasoning was “inadequate.”

Cemex’s action follows an assurance given by the company to UNESCO’s World Heritage Committee which had formally expressed its concern about the proposed development.

This is what Cemex said:

“CEMEX unequivocally recognizes that World Heritage sites are no go areas for extractive activities, and nothing in either the sites or their Buffer Zones must interfere with their Outstanding Universal Value (OUV) nor impinge in any way on their setting…”

Concerning the outcome of the New Lanark decision, Cemex said:

“Regarding the New Lanark World Heritage site, CEMEX acknowledges the recent decision of Scottish Ministers and is committed to working together with the Ministers, the local authority, relevant NGOs and other interested parties to ensure the ongoing best interests of the World Heritage site, its OUV and setting.”

Unesco respond to these statements as follows:

“The stopping of the Hyndford Quarry development in the buffer zone and the unequivocal above-mentioned new commitment given by the developer are to be welcomed.”

All this was reported at the 2016 meeting of Unesco’s World Heritage Committee as posted on its website here – more than a year after Scottish Ministers had issued their first notification, and in the knowledge that they had rejected the judgement of the Reporters.

Save Our Landscapes believes that it is incumbent on Scottish Ministers to contest this action with the utmost vigour.